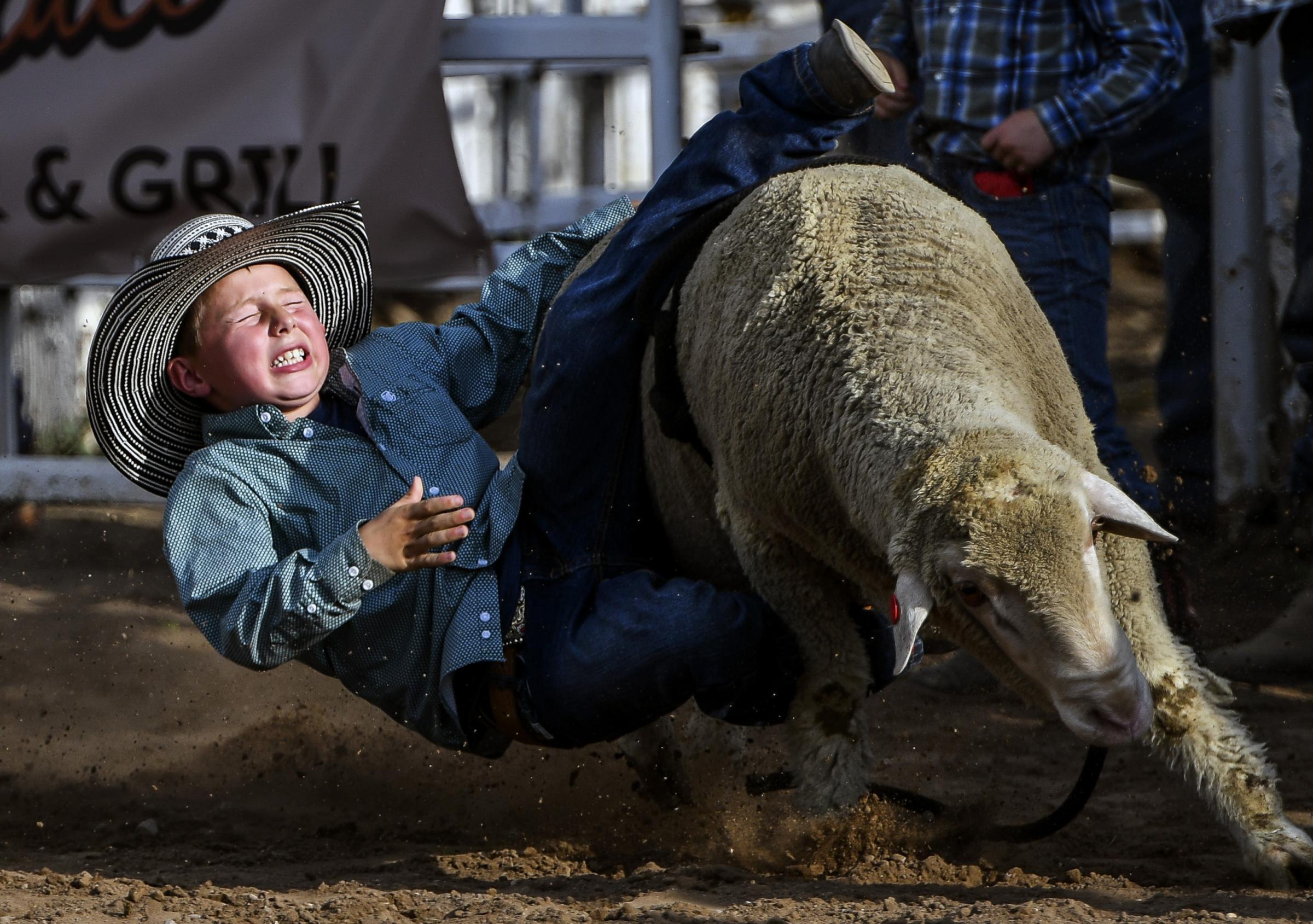 Reiker falls off of a sheep on Saturday, June 17, 2022, at Bothwell Ranch in Rapid City, S.D. Many rodeo enthusiasts showed up for the 7th Annual Brandon Delzer/Pedro Dennis Memorial Bull Riding event, which had bull riding, mutton busting, food and drink vendors and live music. Children in attendance could sign up to participate in mutton busting during the halfway point of the event, where judges scored their rides and the top three performances got awards. 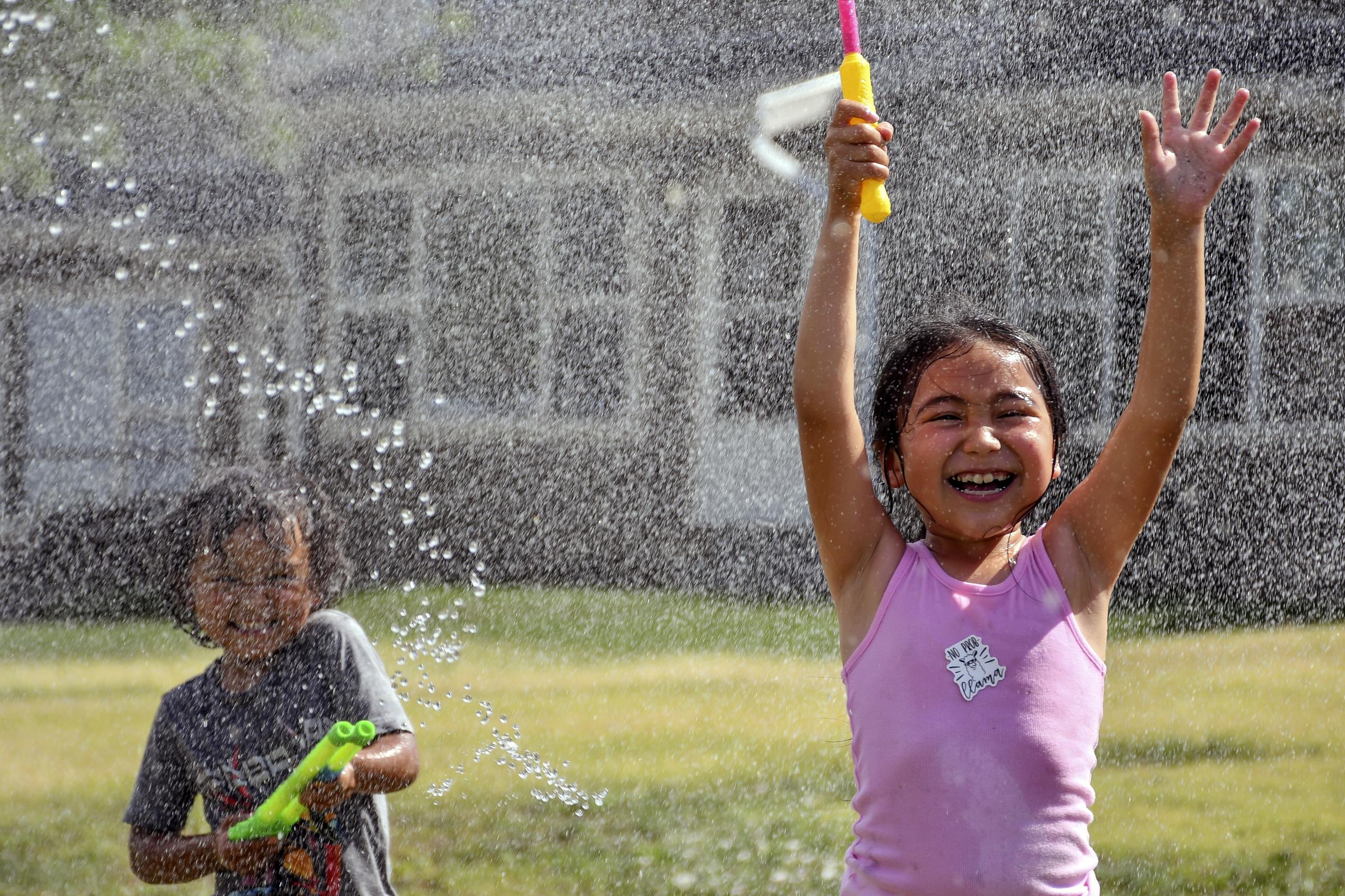 Two children play in the spray of a fire hose on Monday, July 18, 2022, at Knollwood Townhomes in Rapid City, S.D.  The Rapid City Police and Fire Departments collaborated to throw an "impromptu sprinkler party" where the fire department provided the water and the police department brought popsicles and ice cream. 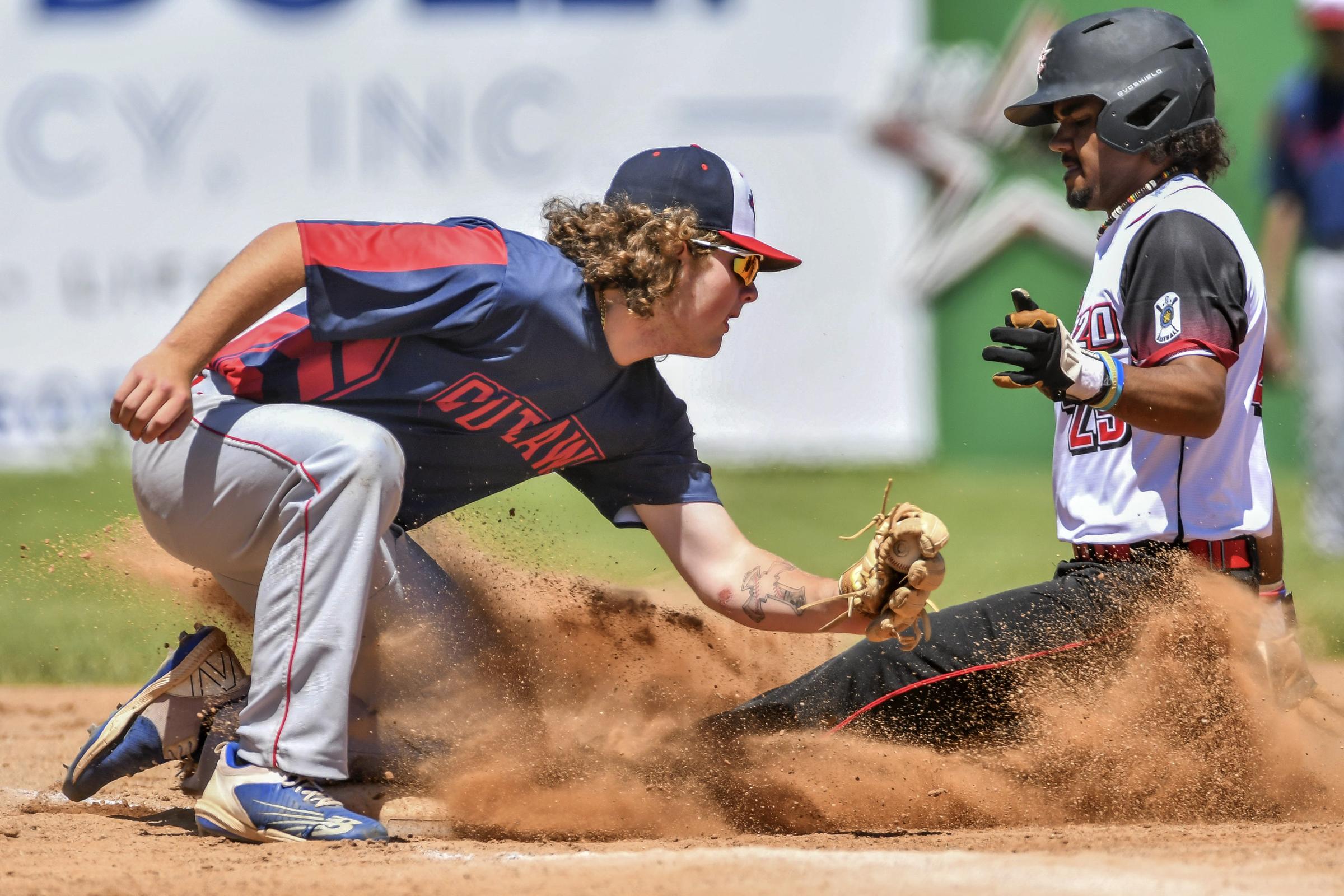 Post 320 player Gavyn Dansby slides into third base as an Outlaws player attempts to tag him out on Thursday, June 16, 2022, at Pete Lien Memorial Field in Rapid City, S.D. The game ended early with a Post 320 win, the final score being 10-0. 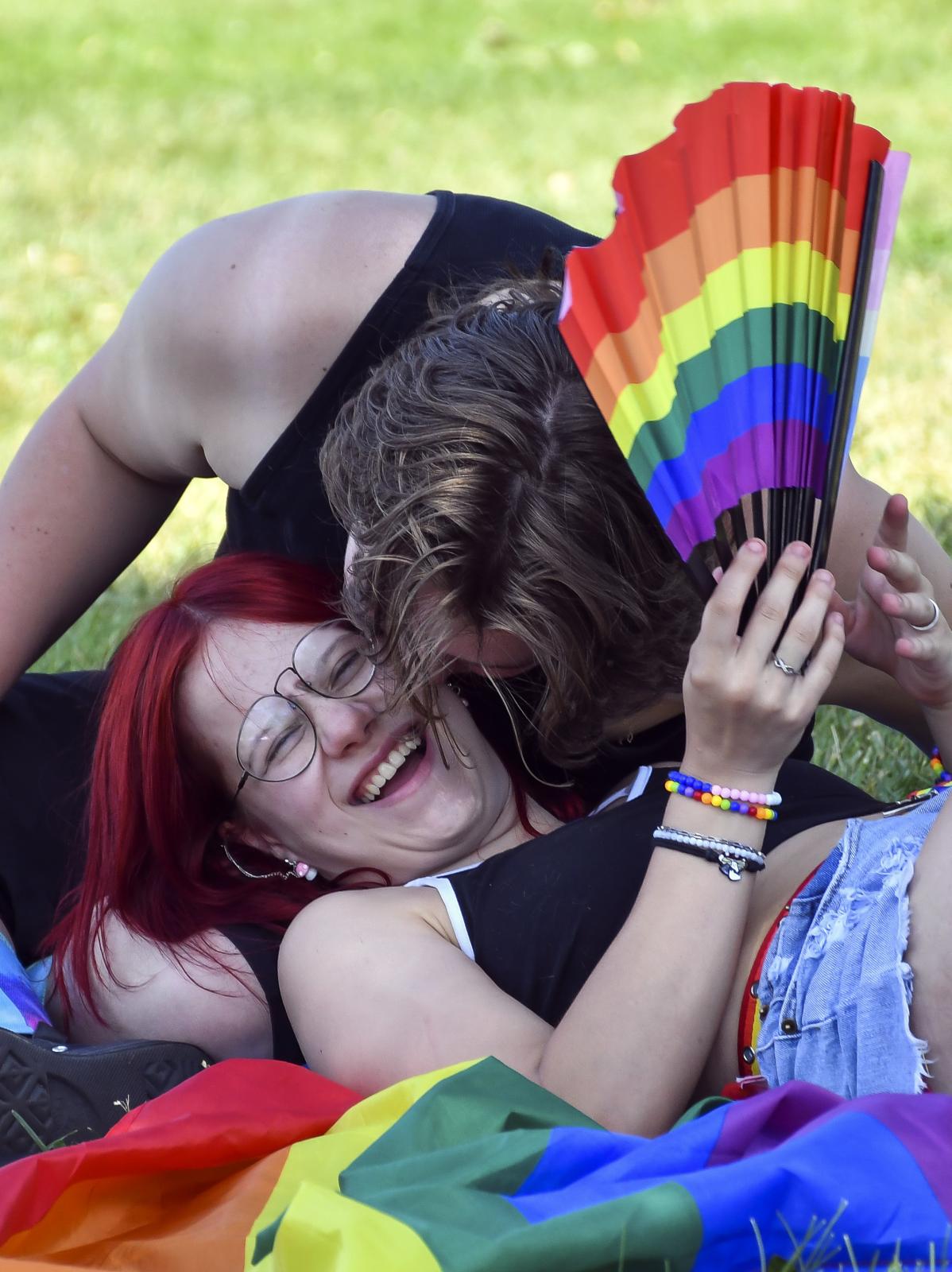 Delaynie Parker laughs as Jewels Goodart kisses them on the cheek at Black Hills Pride on Saturday, July 9, 2022, at Memorial Park in Rapid City, S.D. The two settled on the grass at Black Hills Pride, which celebrates the LGBTQ+ community and featured live music, rainbow-coated booths and a drag show. 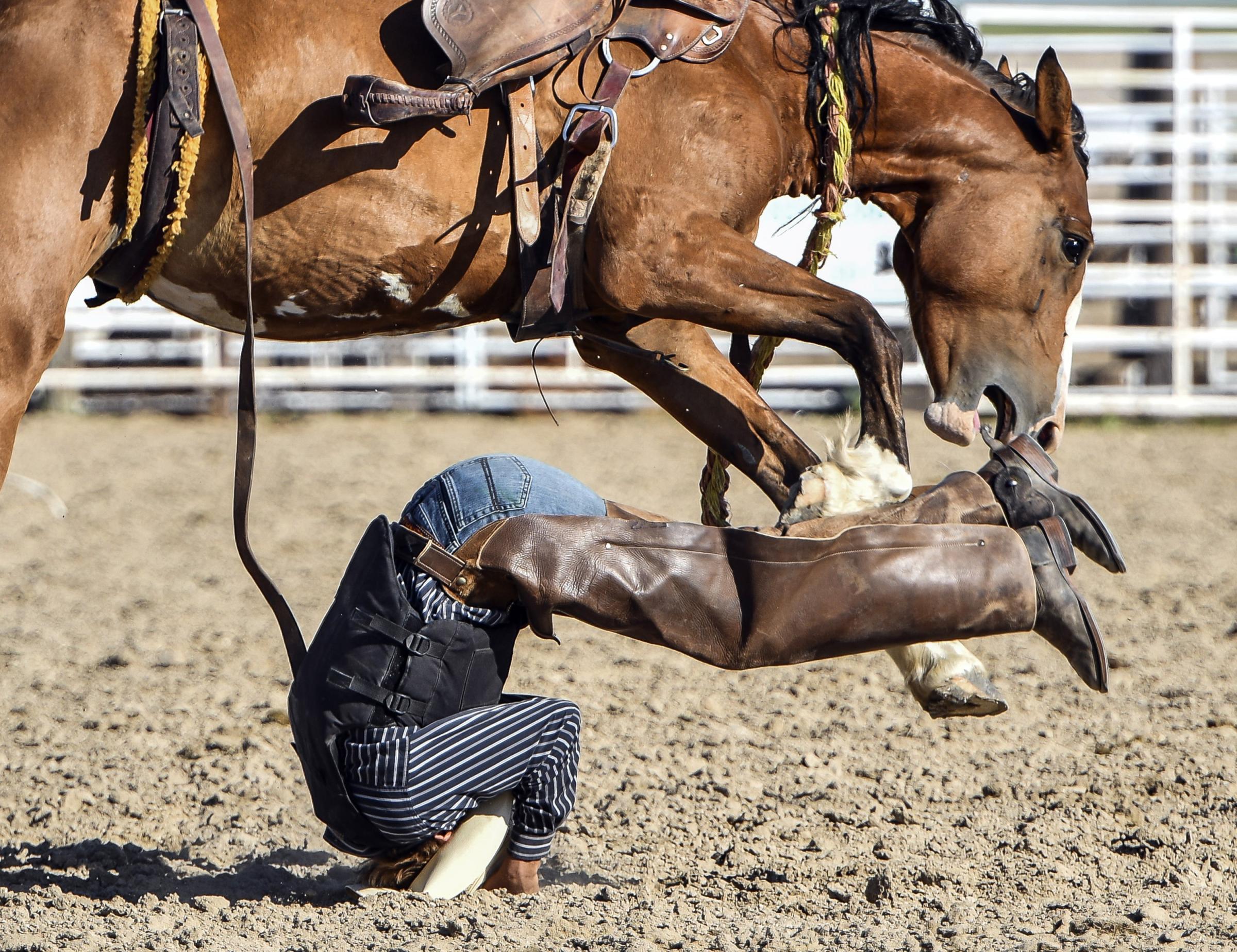 Nathan Flannery of the No Names team falls off of his bronco during the Ranch Bronc Ride competition of the Ranch Rodeo at the Kadoka Reunion Weekend on Saturday, June 27, 2022, at Buffalo Stampede Arena in Kadoka, S.D. The tournament consisted of local cowboys forming teams to compete in various competitions in order to win money and glory. 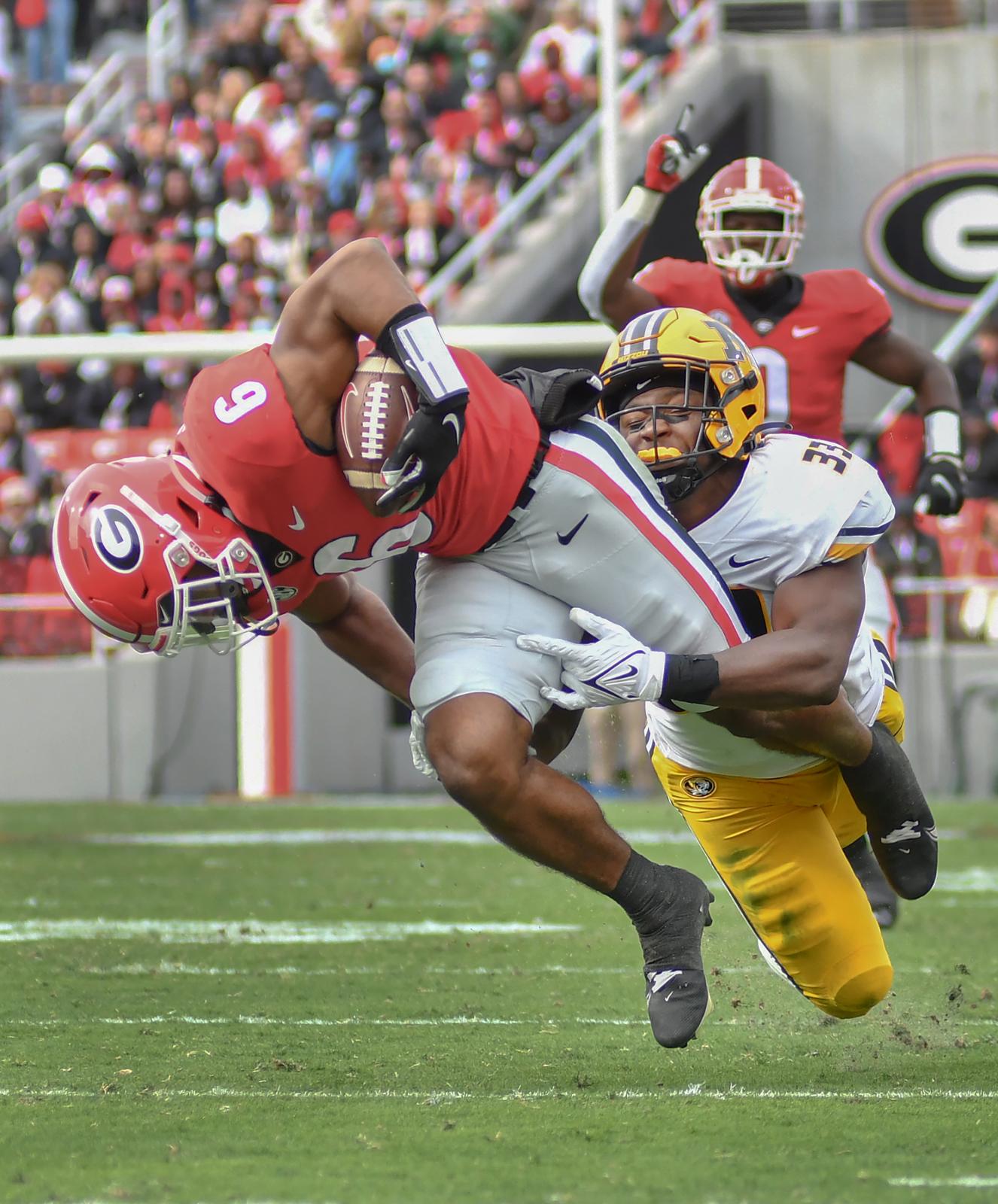 University of Missouri junior Chad Bailey makes a tackle against Georgia on Saturday, Nov. 6, 2021, at Sanford Stadium in Athens, Ga. During the game, Bailey had a total of ten tackles, nine of which were solos with one assist. Georgia won, with a final score of 43-6, preserving their undefeated status for the season. 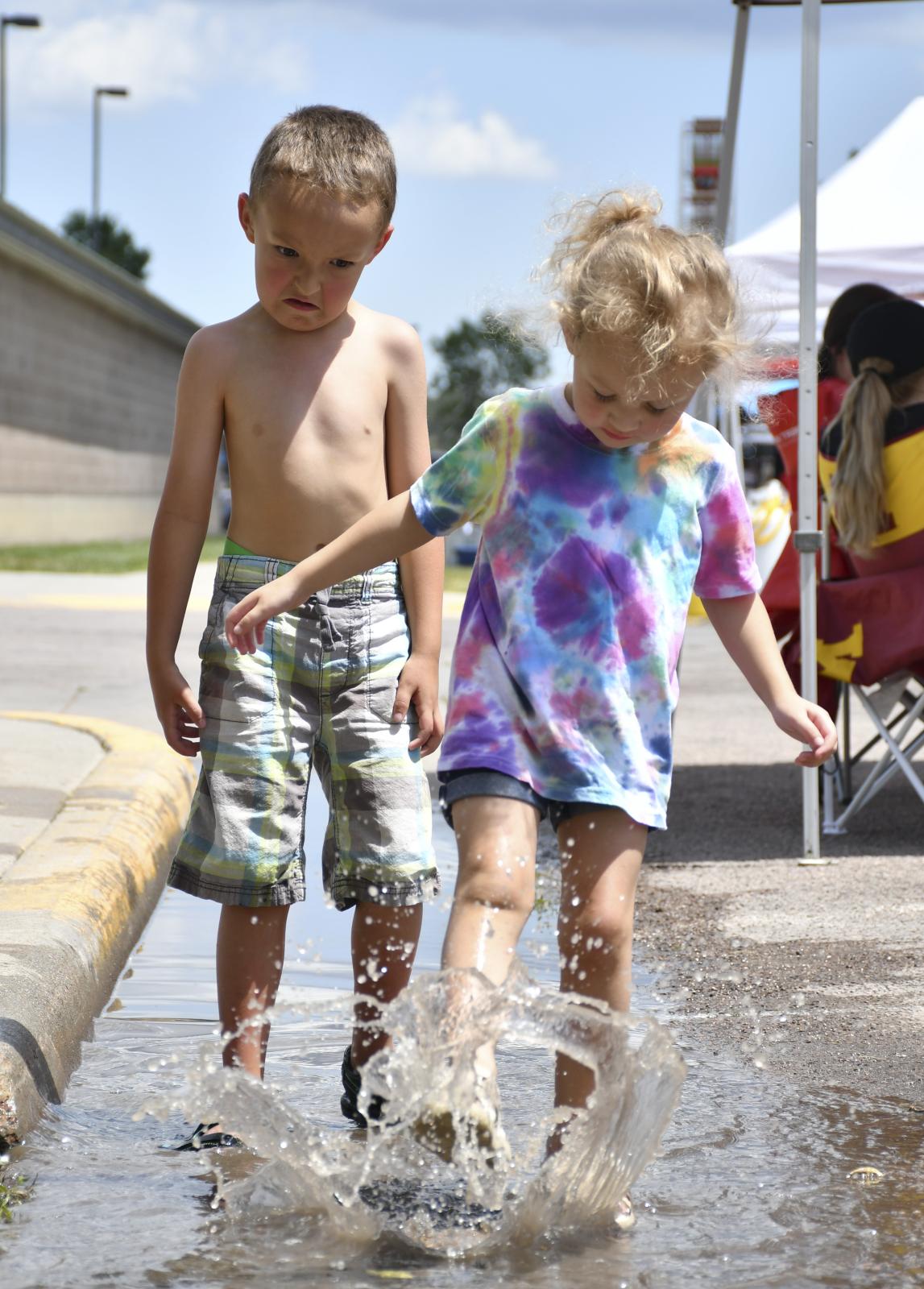 Five-year-old Charles Goodsell, left, and 3-year-old Ella Goodsell, right, splash in a puddle to beat the heat at Gold Discovery Days on Saturday, July 16, 2022, on Washington Street in Custer, S.D. The 99th Annual Custer Gold Discovery Days is a celebration of when Lt. Col. George Custer found gold near the city in 1874. Now, the event is marked with family-friendly fun such as a parade, car show, carnival and arts and crafts festival. 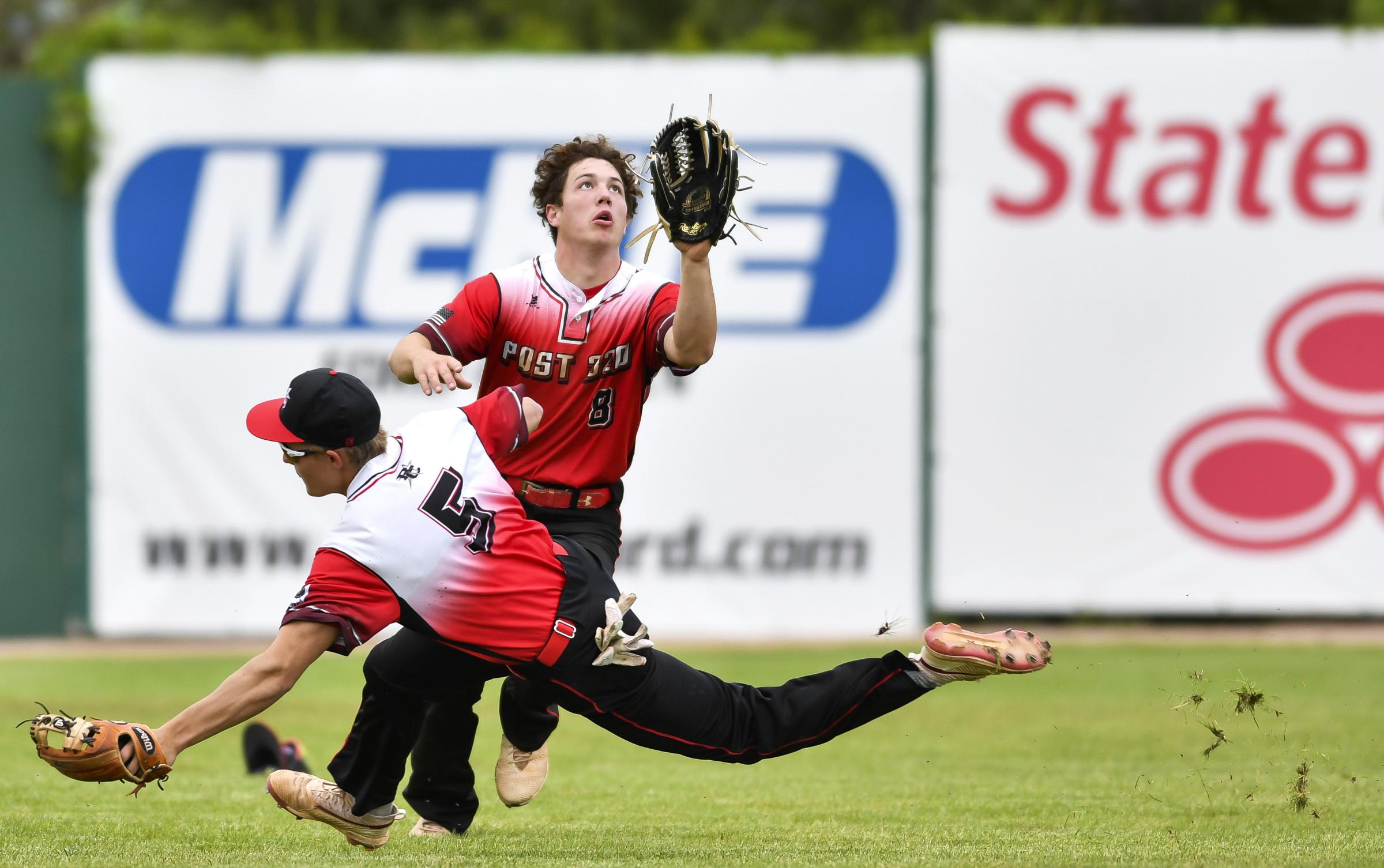 Post 320 outfielder Lane Darrow prepares to catch a pop fly as Mason Mehlhaff dices in front of him on Wednesday, June 7, 2022, at Pete Lien Memorial Field in Rapid City, S.D. The team took on the Brookings Bandits in a double-header, and both with final scores of 5-1 and 8-5. 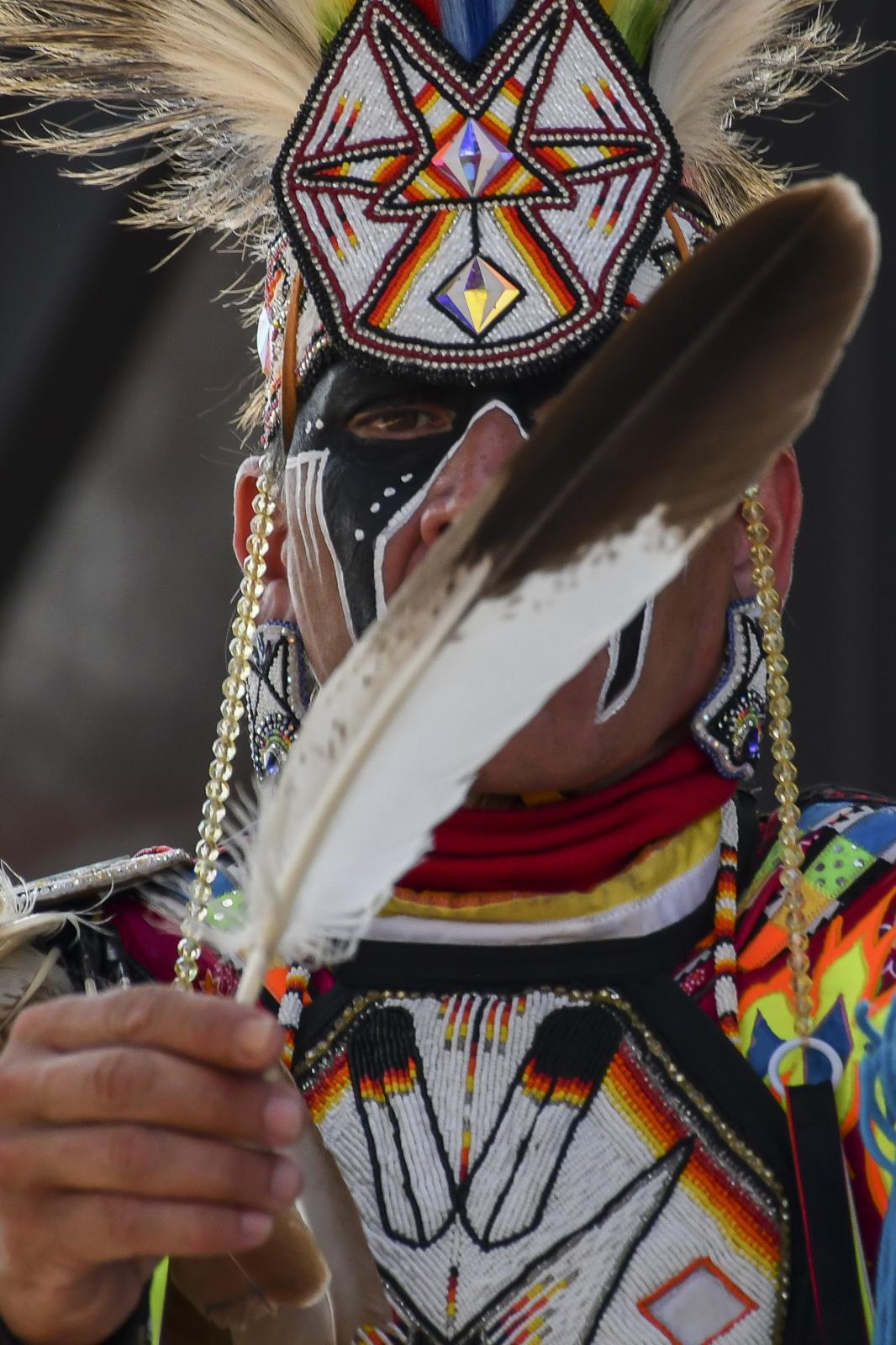 Ronnie Preston from the Woodland Sky Native American Dance Company displays an eagle feather while explaining its significance among Native cultures to introduce the eagle dance, which they then performed to pay tribute to the eagle on Friday, Aug. 5, 2022 at Rally Point in Sturgis, S.D. "We wore our eagle feathers then, and we still wear them now," Preston said. The dance company performed at the opening ceremony of the 82nd Annual Sturgis Motorcycle rally, and aim to share the stories of Native culture with everyone. "Although we are stereotypes, that is not who we are," Preston said. "This is our culture. These are our people. These are our stories." 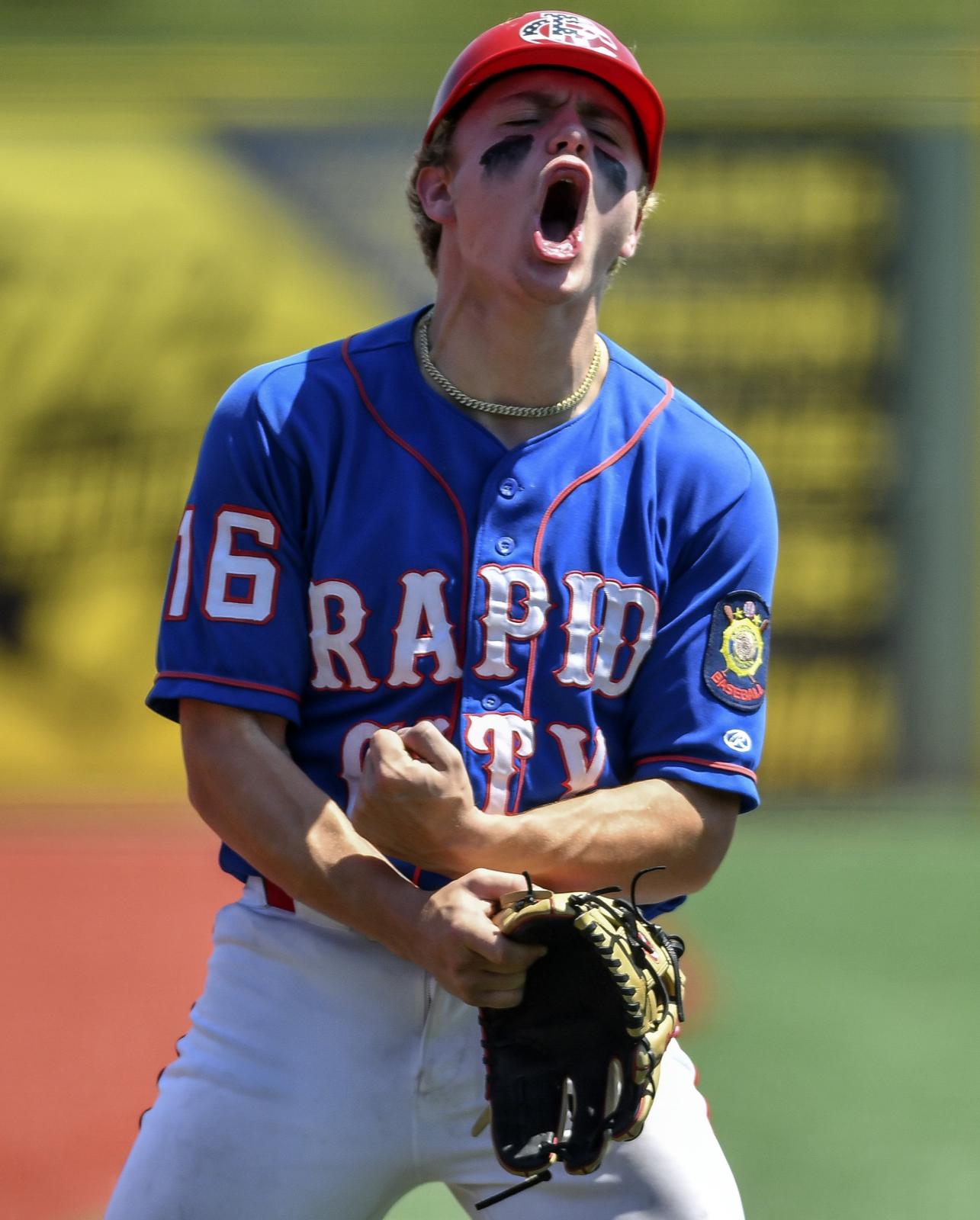 Post 22 player Dylon Marsh celebrates a run on Sunday, June 31, 2022, at Floyd Fitzgerald Stadium in Rapid City, S.D. Against most predictions, the team made it to the State Championship game hosted in their hometown, and went on to win the title for Rapid City.